If you’ve recently moved into a new home or been considering upgrading or repairing the air conditioning system in your home, you may have heard the terms “single stage compressor”, “two stage”, “dual stage” or “variable speed air conditioning”. What are the differences, and which is best for your needs?

We’ll explain the differences in the air conditioning technology in this post.

Single stage air conditioning is the traditional and still most common type of system used across the USA today. A standard for decades, these systems continue to represent the majority of AC units we service in the Northern Virginia and Shenandoah Valley area. A single stage air conditioner refers to the compressor type. The single stage compressor has one mode of operation: on or off. It’s either full blast at 100% on, or it’s off. If you set the temperature in your home to 70ºF and it gets warmer than that, the unit will turn on and blast cool air until it reaches back down to 70ºF.

Single stage compressors always operate at 100% capacity. They turn themselves on and off continuously throughout the day.

Variable speed air conditioning works differently. To maintain the indoor temperature you’d like, they run continuously–but not at 100% capacity. They operate continuously at less than 100% capacity – often as low as 25% or 30% capacity. As a result, they run for much longer cycles than single stage AC units. Variable speed compressors blow a smooth, steady stream of cold air into your home to maintain the desired indoor temperature, rarely turning themselves off.

Two-stage falls in between single stage and variable speed. Not as sophisticated as variable speed air conditioning, they’re still slightly more advanced with a high and low setting. It runs at full capacity when you need it to and at a lower level when you don’t. Two stage units don’t run as continuously as a variable speed AC, but they do cycle on and off less frequently than single stage systems.

“So, why would I want an AC that runs continuously that doesn’t blast cold air to cool my home as quickly..?”

One of the biggest problems with single stage compressors is that they’re not running continuously. Relative humidity increases whenever the AC isn’t on, making you feel hotter and more uncomfortable.

Since single stage compressors tend to short cycle, they usually draw a lot more electricity than a variable speed unit that turns on and stays on for hours…
In other words, it’s more expensive.

Should you change your AC unit to a variable speed air conditioner?

If it’s time to upgrade an aging AC, e usually recommend that variable speed air conditioning is the best way to go. But if your single stage air conditioner isn’t old enough to justify replacement, consider a whole house dehumidifier. If it’s time to replace your AC and you think that your single stage unit does the job fine, stick with what you know. Replacing an old 8 SEER single-stage AC with a new 14 SEER single-stage AC still results in a more efficient system. If your relative humidity is consistently below 55 percent and you don’t suffer from poor indoor air quality, you might not need a variable speed unit. (See our post here on SEER ratings.)

Ask us your questions about AC units and what might be a great fit for you…we’re happy to offer input based on our experience and the size of your home, the climate, your exisiting unit, etc. 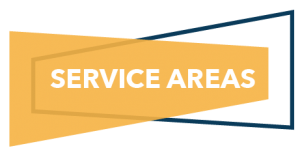 Any cookies that may not be particularly necessary for the website to function and is used specifically to collect user personal data via analytics, ads, other embedded contents are termed as non-necessary cookies. It is mandatory to procure user consent prior to running these cookies on your website.

ZERO Interest
and
No Monthly Payments
Same as Cash

ZERO Interest
and
No Monthly Payments
Same as Cash